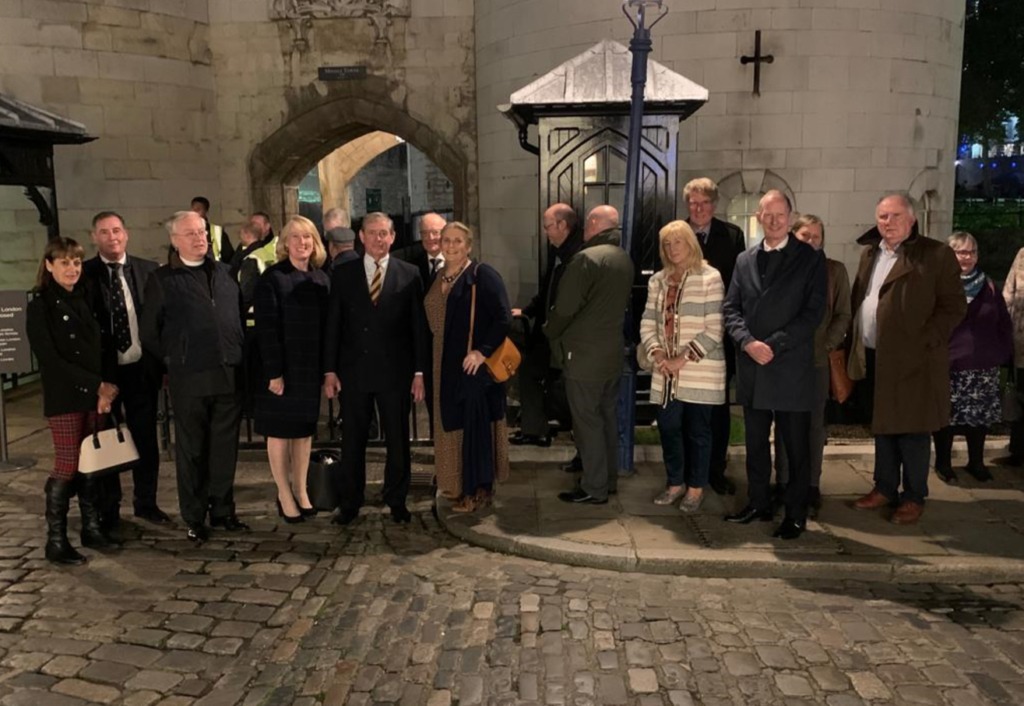 Members of the Ward Club attended a tour of the Fusilier Museum at the Tower of London on 22nd October 2019, followed by a reception in the Officers Mess and the Ceremony of the Keys.  The event was kindly hosted by Colonel Nigel Easton QVRM, who provided a fascinating insight into the history of the Fusiliers and the Tower itself.  The Royal Regiment of Fusiliers was formed in 1685, when King James II issued a Royal Warrant to raise an infantry force from the existing Tower of London Garrison. 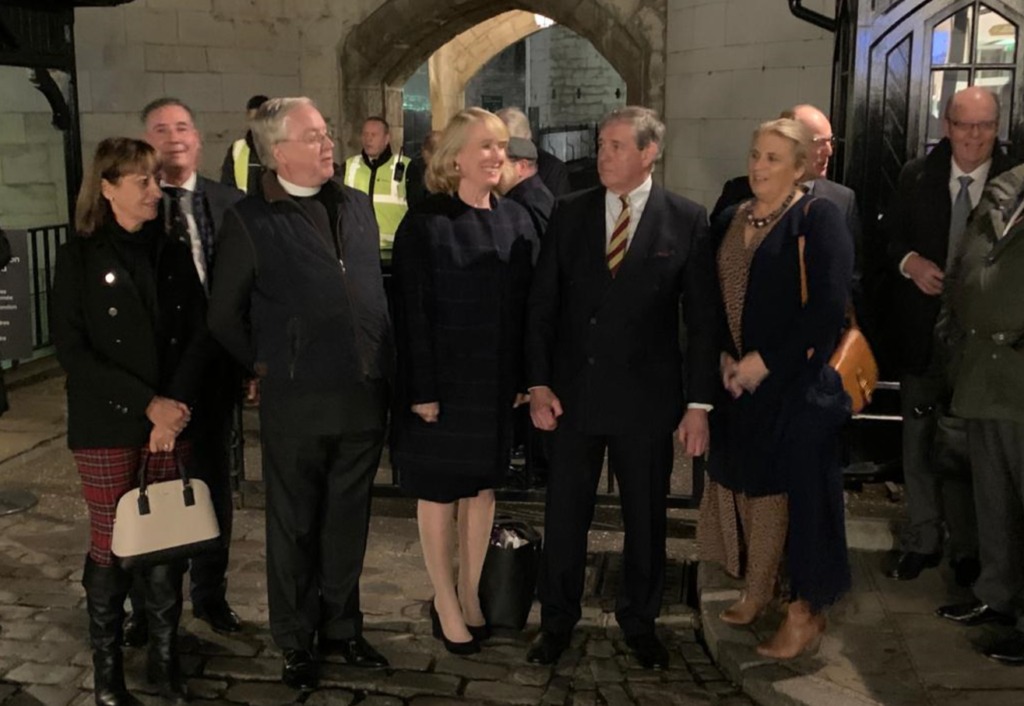 During the evening there was an opportunity to explore the museum’s significant collection, including 12 Victoria Cross Medals won by the Regiment, the uniform and bearskin of Kind George V, and an Eagle Standard of the 82nd Regiment of the French Line captured by the Royal Fusiliers during the Napoleonic Wars.  The museum is housed in a building originally built as officers quarters and still houses the Regimental Headquarters and the Officers Mess.