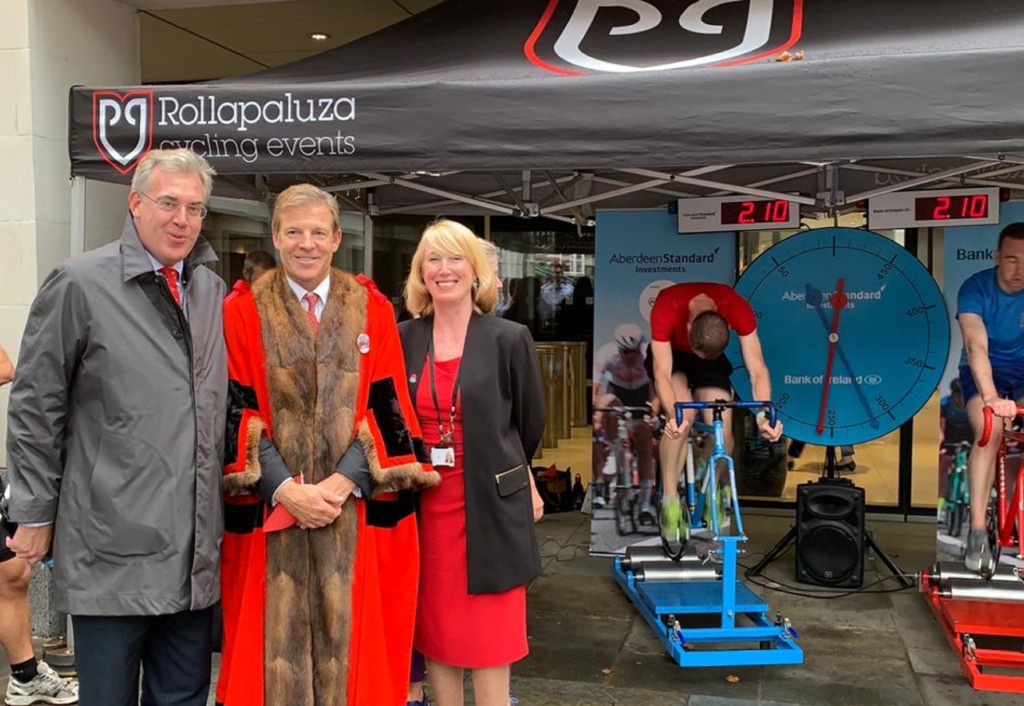 Businesses in Cordwainer Ward took an active part in the annual initiative run by the Lord Mayors Appeal Charity ’City Giving Day’ celebrating volunteering and philanthropy in the City of London.

Teams from the Bank of Ireland and Aberdeen Standard Investments Took part in a static cycle race in in the Courtyard outside St Mary Le Bow church – pitting against each other to see which team could cycle the most miles – a tremendous effort from all the cyclists! 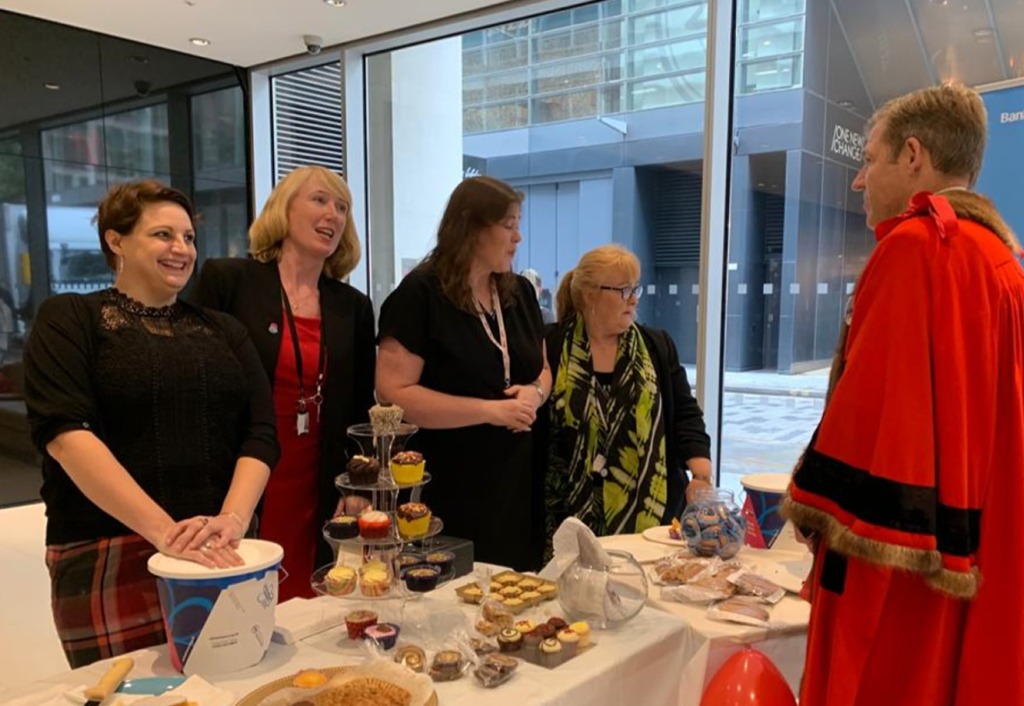