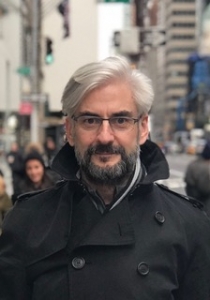 David Tucker, Chairman of the Ward of Cordwainer Club

David Tucker, the Chief Executive Office of Worldwide Currencies, was elected Chairman of the Ward of Cordwainer Club at the Club’s AGM on 21 March, succeeding Jon Norton.  The new Vice Chairman is Michael Bunn, a chartered accountant who practices in the ward.  Dominic Turner joins the committee and John Miller was appointed Assisted Honorary Secretary.  The accounts show the Club to be in a healthy position, and membership increased during the year by six to 222.  The outgoing Chairman Jon Norton reported that highlights for him were visits to the London Metropolitan Archives and Freemasons’ Hall, being a guest at a Worshipful Company of Cordwainers dinner and the Club’s participation in the City Beerfest.

Following the AGM the owner of Saracens Rugby Club, Nigel Wray, was the guest speaker.  He spoke about the philosophy behind the Club, which has a family atmosphere, and also the work of the Saracens Foundation, which supports education and employability, inclusion, participation and health and wellbeing.  The new Chairman outlined his programme for the year.  This includes a talk on Sir John Smith (whose statue is in Bow Churchyard), a tour of the new Bloomberg building, a presentation on the “Saracens Way” and the usual events at the Lord Mayor’s Show and the switching on of the Bow Lane lights.  The Chairman announced that the former head of the London Stock Exchange, Xavier Rolet, would be the guest speaker at the annual lunch in December.