Mark Boleat and Sir Michael Snyder have published their manifesto for the Cordwainer Ward election on 23 March.  In the manifesto they say –

“We have worked actively and enthusiastically to promote the interests of the Ward, the City, London and the country – 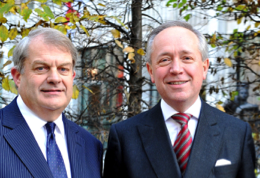 We are deeply conscious of our responsibilities to the “Business City”, particularly in these challenging political times. We are dedicated to the maintenance of London as the world’s leading International Financial and Business Centre, with world-class professional services providing employment for thousands and substantial income for the nation. And, equally, we will continue working to make London a great place in which to live and work for people from all backgrounds.”